Dan Attewell promoted to the board at Offshore Electronics 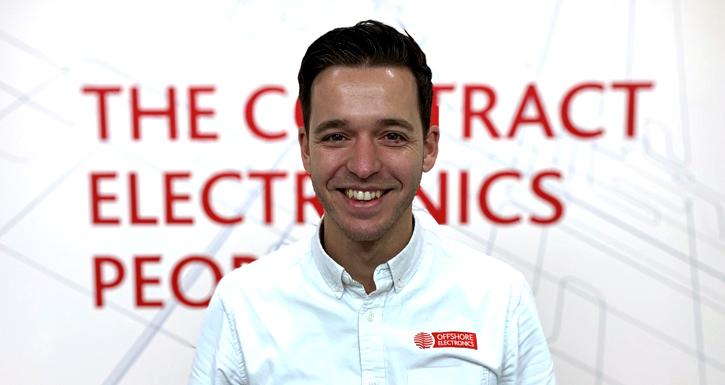 Guernsey’s Offshore Electronics has announced the appointment of Dan Attewell to the board of directors.

It was a chance meeting with Director Paul Van der Tang on a flight in 2001 that first led Dan to a work experience placement at Offshore, and ultimately, his recent promotion to Technical Sales Director in 2020. During his 5-year apprenticeship, Dan completed the 3-year course in Electronics Engineering at Guernsey’s College of Further Education.

The digitisation of technical drawings, paperless sales office and the development of the company’s bespoke quote matrix are among Dan’s successes. As the first former apprentice to be invited to join the board, it’s an accomplishment he largely attributes to the company’s freethinking approach for employees and commitment to the right training and support throughout his career, which now spans 20 years.

In the year Offshore Electronics celebrated its 30th anniversary, Dan's appointment to the board marks both the next chapter of his career and the company's future success.